NY Export: Opus Jazz will be shown in Toronto at the Bloor HotDocs Theatre on Thursday October 10th at 9 pm for ONE screening ONLY!

Shot on location in New York City and starring an ensemble cast of New York City Ballet dancers, NY Export: Opus Jazz takes Jerome Robbins‘ 1958 “ballet in sneakers” and reimagines it for a new generation in this scripted adaptation.

After winning an Audience Award at the 2010 South by Southwest Film Festival, the film aired nationally on PBS’ Great Performances series and was nominated for the Rose d’Or Award.

The film will be introduced by Rex Harrington, Artist-in-Residence with the National Ballet of Canada and So You Think You Can Dance Canada series judge. 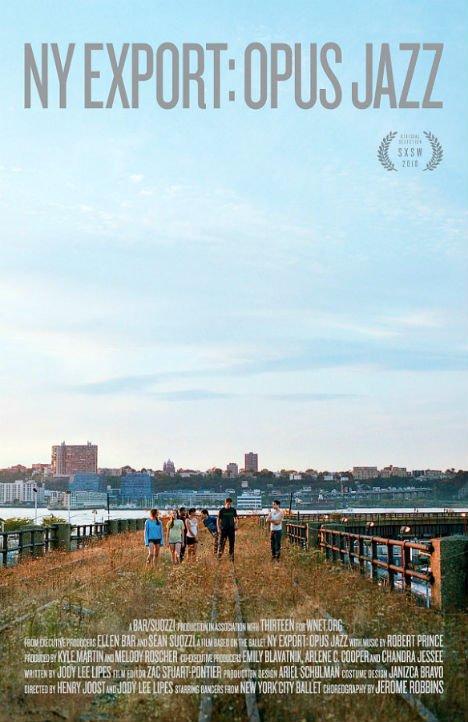 How to Take a Zoom Dance Class

West Side Story Creator Leonard Bernstein Celebrated at HotDocs May 12, 2018

Dancing on the Pier Thursdays until September 19, 2013

“Beyond Moving” Streaming from Hot Docs until June 5, 2020

Dancing on the Pier Thursdays at Harbourfront Summer 2011