Dance: the art of movement. A universal language that gets people moving and has the power to make bodies feel great. There is no doubt that dance has positive effects on physical health, but what about mental health?

It’s obvious that dancing can provide great benefits for our physical health since it’s a form of exercise. When it comes to dancing and how it can positively influence mental health, we still need further research. As professor of psychology Michael Otto said, “Exercise is something that psychologists have been very slow to attend to. People know that exercise helps physical outcomes. There is much less awareness of mental health outcomes.”

More psychological research about dance phycology, the study of dance, and dancers is showing a direct correlation between dance and mental health. Since mental health issues affect more than 6.7 million people in Canada, the findings of dance psychology could be the key to making dance an integral part in improving mental health.

Developed in the 1940s by dancers, dance movement therapy promotes the philosophy that emotion and motion may work harmoniously together to improve one’s overall well-being. The American Dance Therapy Association (ADTA) was founded in 1966 to educate people about the benefits of dance therapy. The organization defines dance movement therapy as the use of
movement to promote better emotional, social, cognitive, and physical well-being.

Researchers have stated that dance movement therapy, more commonly known as dance therapy, may significantly reduce anxiety. In fact, a study in 2010 that followed twenty-four college students discussed this connection. In this study, the researchers in the study divided students into two groups. One group participated in dance therapy. The other group participated in relaxation therapy which required the students to listen to an audio recording that provided instructions to help with
muscle relaxation and deep breathing.


“Anxiety is a body/mind split that is constructed in the mind, but felt in the body. Dance therapy is a psychotherapeutic process that creates balance in the nervous system, ownership of one’s own body, and agency through movement by turning anxiety into excitement and giving it someplace to go.”

Watch Tantia’s presentation to learn about dance therapy and how it may reduce anxiety.

Dance therapy may also help with stress management. Here’s the science behind it: when you are engaged in physical activity, your body releases endorphins. Endorphins are natural chemicals produced by the nervous system that alleviate stress and pain. Endorphins are known as feel-good chemicals because they reduce not only physical stress, but also mental
stress. So, when you’re getting your groove on, the endorphins are not only putting your body at ease, but also your mind.

According to a study published in 2012 in The Arts in Psychotherapy, dance therapy improved stress management and reduced psychological distress. The study closely examined 162 participants who suffered from stress. It examined whether a ten-week program of dance therapy impacted the participants’ stress levels and quality of life. Researchers found that dance therapy significantly reduced psychological distress and psychopathology not only during the study but also for six months after the program.

Commonly cited reasons for stress include issues with money, work, and a volatile economy. With one in five Canadians reporting that they feel stressed most of the time, dance could be an effective outlet to alleviate that stress. Since many people experience at least some stress every single day, many people may benefit from dance therapy.

One attractive feature of dance therapy is that it’s so accessible. You can pretty much dance anywhere and do not require expensive equipment or instructors to help dance your stress away.

Depression is a common problem around the world. More than 300 million people are depressed around the world. Professionals are more likely to diagnose women with the condition than men. With this number continuing to rise, dance therapy is a practice that may reduce the symptoms of depression.

Finnish researchers looked at how dance therapy influenced patients who used prescription antidepressants. In this study , patients participated in weekly dance therapy sessions for twelve weeks. The results claimed that after the program, participants of dance therapy experienced
better moods and displayed reduced signs of depression compared to people who only used antidepressants. Researchers concluded that because the depressed individuals had more social opportunities because they interacted with others and expressed themselves emotionally, dance therapy reduced the levels of their depression.

Wittig said that people who suffer from depression are alone, withdrawn, and internally focused. In this state, people feel caged since they have no room to express themselves. They bottle up their emotions and remain depressed. Wittig believes that dance therapy may help people because dance therapy uses nonverbal expression to assist people suffering from depression to healthily release emotions that are taking tolls on their bodies.

Mental health conditions affect one in four people worldwide. Dance could be the key to reducing the rate of this epidemic. While you don’t necessarily have to sign up for dance therapy, the practice proves that dance may have the power to address negative emotions and release them through nonverbal communication. This process allows more room for positive emotions that put people in a better place.

Whether it’s hip-hop, salsa, interpretive dance, or another type of dance, go ahead and bust a move. There’s a good chance that your body and mind will feel better! 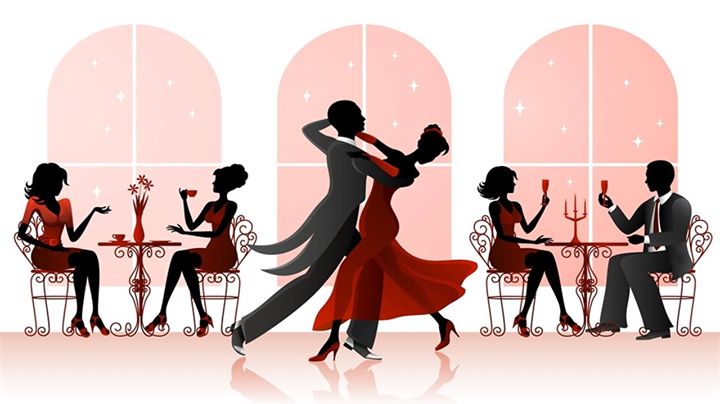 Charles Watson
Charles Watson is the head content and research writer for Sunshine Behavioral Health, and leader in behavioral health treatment. When not researching, you can catch him reading up on new material from his favorite author Tim Ferriss.
PREVIOUS

Daybreaker Starts the Day off Right